“If you’ve got a goal without a plan, then it’s just a wish.”

This quote by Herman Edwards sums up failed social media campaigns like fingerprints at a crime scene sum up the experience of a criminal — at once and conclusively. But Internet is also a deep vortex where for every advice, you also get not-so-good tips aplenty. If you want your small business to get BIG on the social media landscapes, then avoid these myths like the Black Plague. 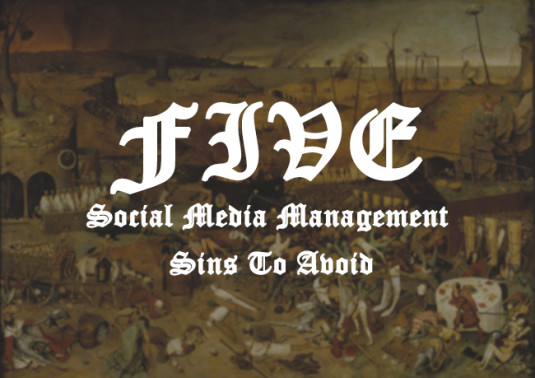 Myth #1 – The World Is On Social Media

You might think that since everyone from your 80-year old aunt to your 14-year old niece is always updating status on Facebook, tweeting their day and uploading what they had for breakfast on Instagram that anybody and everybody is on Social Media. But that’s not true, many statisticians will tell you that over 80% of people are on social media. But the truth is that nearly 50% of all social media accounts are actually inactive or just moderately dormant on social networks such as Facebook, Twitter etc.

But just because not every potential customer of yours is not there on the web, it doesn’t mean that you should take your focus off a social media campaign. Because even when people are not on social media, they are still on Google. This is where the importance of SEO surfaces.

Make sure that the content on your website is rich and relevant and follows Google’s Quality Guidelines . Also generously garnish your website’s content with relevant but competitive keywords. How your website ranks in Google’s search index is highly dependent on how many inbound links your website has from high-quality sources. The quickest way to fourfold your link-juice is to court popular bloggers. Making a popular blog mention your website in one of their posts can rapidly change how Google looks at your website and thus your brand.

Myth #2 – Too Serious For Social Media

If you think that just because your work involves twenty people sitting in a row with a deadpan expression you wouldn’t need a social media campaign, then you are as wrong as a ‘like’ on a ‘Going to my grandma’s funeral’ status. Humor goes a long way and that is truer than ever on the internet. The best example you’ll ever see is CIA’s first ever tweet announcing their arrival on Twitter in a dark yet humorous way.

We can neither confirm nor deny that this is our first tweet.

User engagement is vital for a brand’s success on the internet. Irrespective of your brand’s domain, having a humorous take on things will certainly help widen your brand’s social reach. So create a social media account, have a witty outlook and tweet your way to great engagement with your customers. Tap in to trending events and mold them in the cast of your business.

Myth #3 One Network To Rule Them All

When it comes to social media, being a jack of all trades is as dangerous as being the master of only one. Stretching your presence way too thin is not only expensive — both time-wise as well as economically — but also difficult to scale. Working on a social network that is not at all relevant to your brand’s domain is as pointless as selling a comb to a bald guy. But that doesn’t mean you spend all your effort or time on just one social network.

No matter what your business is you can almost always find two to three relevant social networks for reaching out to your customers. Pick a network after researching the possibility of converting the network users into potential customers. And then invest all your social media budget on these selected networks only and witness the engagements soar.

Many a world famous brands have had their reputation ruined on Social Media. Interestingly, there have also been multiple instances where brands have restored their tarnished reputation to some degree of normalcy because of what they shared on Twitter or Facebook. Your social media account is your brand’s direct link to your existing as well as potential customers. So what you post on your social media accounts should be reflective of your brand’s stance on the topic that you are airing your views over.

Every time you post an update on any of your social media account, make sure to double check it for any errors or any scope for misinterpretation. You surely wouldn’t want another #Nowthatchersdead emerging from your brand’s twitter handle. Your social media updates should be associated with your business’s primary domain.

One of the most recent social media blunder emerged when Susan Boyle’s PR team couldn’t take some time out to double check their choice of the hashtag #Susanalbumparty to promote the singer’s upcoming album. 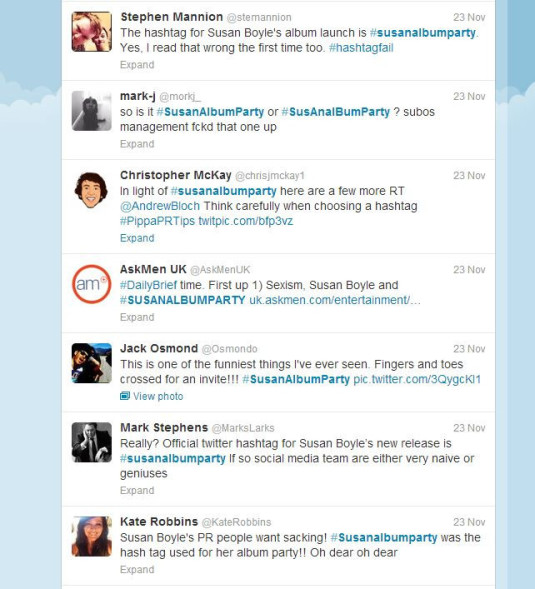 Myth #5 Fans and Followers are Everything

Having a large number of fans and followers is surely a great thing. But always remember that if the primary purpose of your social media campaign is to ultimately generate more sales, then having a large number of followers who never pay for your services is just like having a 100 teeth comb when you are bald. The numbers are nice to look at but they do nothing to improve your ROI.

Offering goodies in return of user generated content has always been a favorite part of corporate social media. Engage with your audience as often as you can with interesting ideas. Your target audience can help you achieve your business targets if planned carefully.

Starbucks has had many successful social media campaigns but one of their best is their “TweetACoffee” campaign where they let their customers buy coffee for their friends and then upload the images on Twitter. Tweet-a-Coffee let you give a $5 gift card to a friend by putting both “@tweetacoffee” and the friend’s handle in a tweet. The campaign was so successful that Starbucks reportedly made $ 180,000 within two month of the campaign’s launch.

We’re excited to announce @Tweetacoffee, a new way to share the gift of Starbucks: http://t.co/E9OKYKYyV8

And while you’re at it, take a look at the infographic below and make sure you don’t trip your business with any of these grave social media sins.