A Parting of Ways: How Google is Going to Split its Search Index 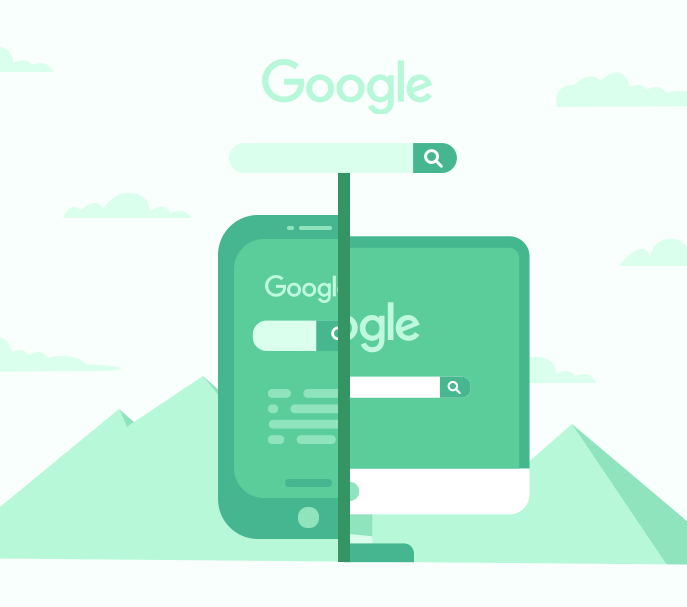 It seems Google has made a promise to itself that it will get rid of all the things that were once held dear by the SEO industry. Take the introduction of four ads on the search results, for example. This move by Google managed to push down the visibility of organic ‘blue links’ further below on the first page of Google Search.

Then came the “local 3-pack with map” view, which ended up pushing the organic links even further down the page, resulting in reducing the original ’10 blue links’ count to 8.5 links.

This statement has come as a shock, though no surprise, to veteran SEO experts and webmasters.

Google has adopted a “mobile first” attitude for quite some time now (read: Mobilegeddon and AMP), and this move can be seen as a natural progression for Google.

Before we explain the repercussions of this move, we will explain the basics, like what exactly Google index is, and how it works.

Google Index: What Is It?

We have all heard the term index, and how Google ‘indexes’ search results. But what exactly is indexing? Let us explain.

To understand indexing, we have to understand another facet of Google search’s inner workings. It is known as “Crawling”.

Crawling and indexing both go hand in hand. Crawling happens when Google uses its crawler or ‘bot’ to crawl and track your website. Indexing, on the other hand, happens after the process of crawling is completed, and Google adds the website in its ‘index’ i.e: web search.

In SEO terms, crawling can be identified as following links and pages of a website. The image below will give you an idea about how Google crawls and later indexes your website:

Indexing, basically is the process of adding websites to Google search. Once the process of crawling is completed, Google will index the website which will then be displayed on its search pages. Of course, this process can be controlled, and webmasters can direct Google’s bot on how a website should be crawled and indexed.

Factors that Affect Crawling and Indexing

There are many factors that affect the way Google crawls and indexes a website. Bear with us as we list some of them out for you:

Separation of Indexes: The Big News

So, now we come to the most important news of the week; the separation of Google’s index. Historically, Google had only one index which it has been using for indexing websites for both desktop and mobile searches. The advantage of this was that both the mobile and desktop version of the searches would get updated at the same time. Now, as per Google’s announcement, Google’s index will be separate for both mobile and desktop versions, with the mobile version getting priority over desktop.

.@methode: Google creating a sep mobile index, which will be it’s primary index. Desktop will be a secondary index,less up to date #Pubcon

Mobile first index will change things since mobile sites tend to not be as large as desktop. @methode #pubcon

Links will be scarcer on mobile. There will be loss of tokens (words). People put less content on mobile devices. #pubcon

If the content on your mobile page is the same as desktop, those sites will be fine. @methode #pubcon

In Conclusion: What Does This Mean for SEO

This split in indexing has sent a clear message to SEO experts and webmasters, that Google is now putting more emphasis on mobile searches, and we should start doing the same. In addition, websites which do not have a mobile version should be worried now. When Google launched AMP, it was made clear that Google is leaning towards mobile search. It is high time that webmasters adapt themselves with the changing times, and start using mobile version of their websites.

In addition to a mobile optimized site, webmasters should also ensure that their website’s speed is up to the mark, i.e: the website loads within 2 seconds. Around 53% of users avoid websites which have a loading speed of 3 seconds or more.

One way to increase a website’s speed is to take advantage of AMP (Accelerated Mobile Pages) technology.

Google has always given priority to user friendliness, and it should come as no surprise that Google is giving preference to websites that are fast and work on mobile devices effortlessly. This split in index also has similar connotation.

So what do you guys think will be the after effects of this split? Share your thoughts through the comments below.

Read our latest blog on Google move towards creating a ‘mobile-first’ index update, and how it will impact your business.