Tech CEOs Who Could Be Superheroes In Another Universe 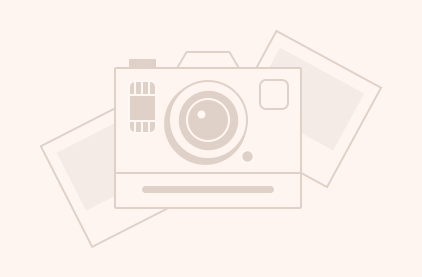 Technology is what drives today’s world. And the people who drive today’s top tech companies are no less than superheroes. From economic limitations to fierce competition, they tackle it all to cross new milestones in the field of innovation every day. So what happens when we compare them to our beloved superheroes from the comic-verse. Here’s a look…

Everybody loves Superman. Everybody loves Google. What started as a research project for Larry Page and Sergey Brin, is today the world’s most used search engine  and one of the most profitable companies. Founded in 1998, Google Inc, today is an organization with tens of services that are used every day by millions of people. Larry Page played a highly significant role in taking Google where it is today. He invented the now-revered PageRank system for indexing pages for search engines and is the driving force behind Google’s “Don’t Be Evil” motto. Ranked 27 on the Forbes list of billionaires, Larry Page is synonymous with Google. And just like Superman is able to tackle every seemingly non-human task, we know that whatever be the problem, the solution is just a Google search away. 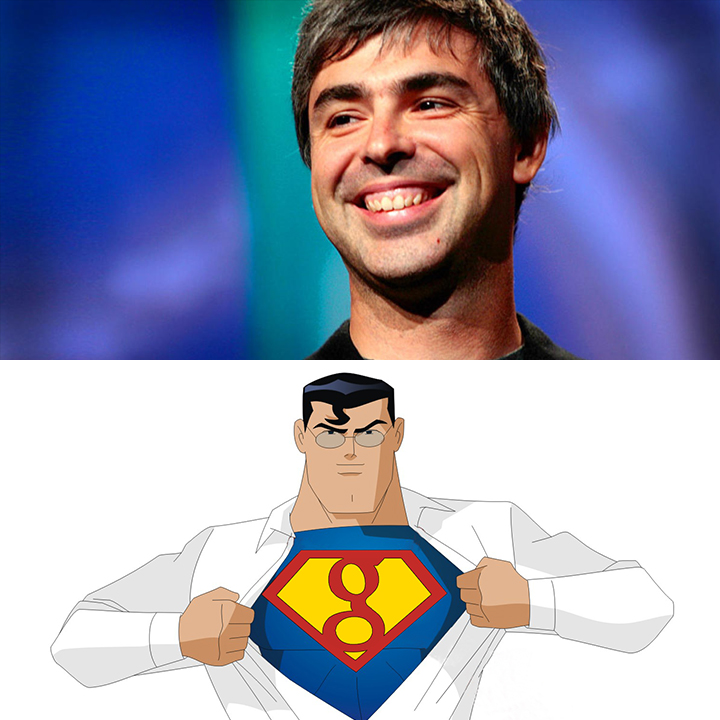 In the comicverse, Iron Man is depicted as a young innovator and a brilliant technical prodigy who also happens to be a billionaire. All these characteristics fully describe Mark Zuckerberg who became the second youngest self-made billionaire in 2012. Zuckerberg launched Facebook from his Harvard dorm room on February 4, 2004. Today Facebook is a worldwide brand  and is the biggest social network in the world with more than 900 million active monthly users. Known for his dynamic and aggressive management style, if there was anybody who could match Tony Stark punch by punch for success and ruthlessness, it is no doubt the ‘Most Influential Jew In The World’ (as stated by Jerusalem Post). 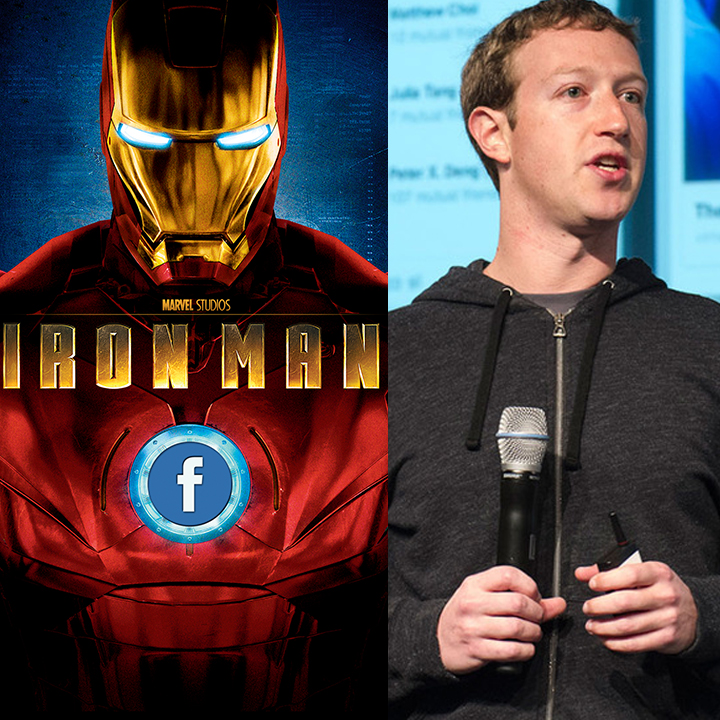 Jeffrey Preston “Jeff” Bezos is an American business magnate and the founder and CEO of Amazon.com, the largest internet-based retailer in the United States. Jeff conceived the idea of Amazon after a cross-country drive from New York to Seattle, writing up the business plan on the way. Starting from a garage at Belleuve, Washington, Amazon today is operational in over 50 countries in the world and generated  $30 billion in 2014. Spiderman acquired his powers due to an accident. And Jeff Bezos left his high paying job, coincidentally at the same time when the US Supreme Court ruled that “online retailers would not have to collect sales tax in states where they lack a physical presence”. Both found their destiny because of co-incidences.  Just like his superhero counterpart, Jeff Bezos (and Amazon) has spread his web all over the e-commerce world. Jeff Bezos also reflects Spiderman’s dual personality trait as he is known to be “at once a happy-go-lucky mogul and a notorious micromanager”. 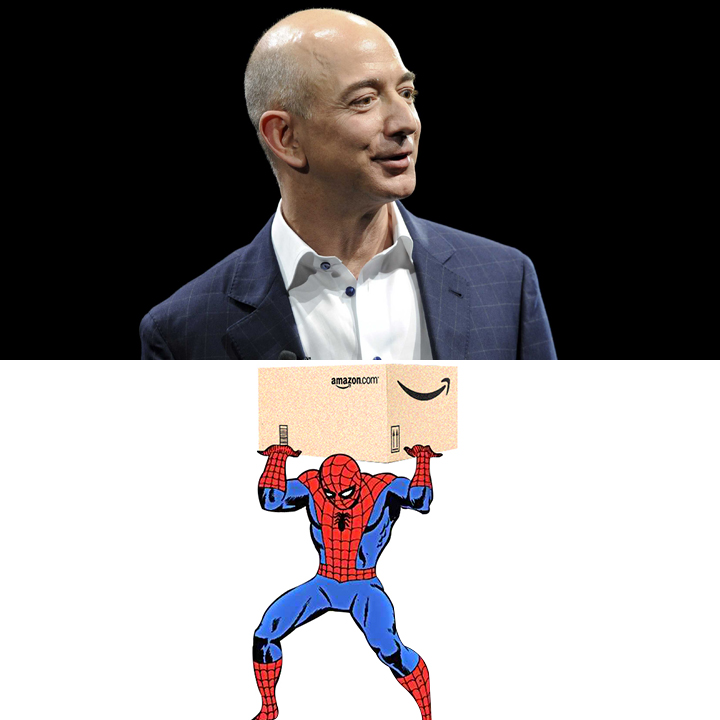 Marissa Ann Mayer is the current President and CEO of Yahoo!, a position she has held since July 2012. Highly accomplished and successful since childhood, Marissa also served as longtime executive and key spokesperson for Google. Appointed the CEO of Yahoo! to control their downward spiral and to compete with Google, Marissa has taken significant steps to simplify the bureaucratic process and work culture at Yahoo., she worked wonders at Yahoo as  the stock price of Yahoo doubled over 14 months since her appointment. The Wonder Woman of Yahoo! is a headstrong and compassionate person which reflects in her decisions at the helm of Yahoo! as she introduced PB&J (a new employee complaint referral system) and also brought various reforms for employee welfare, especially focused at women. 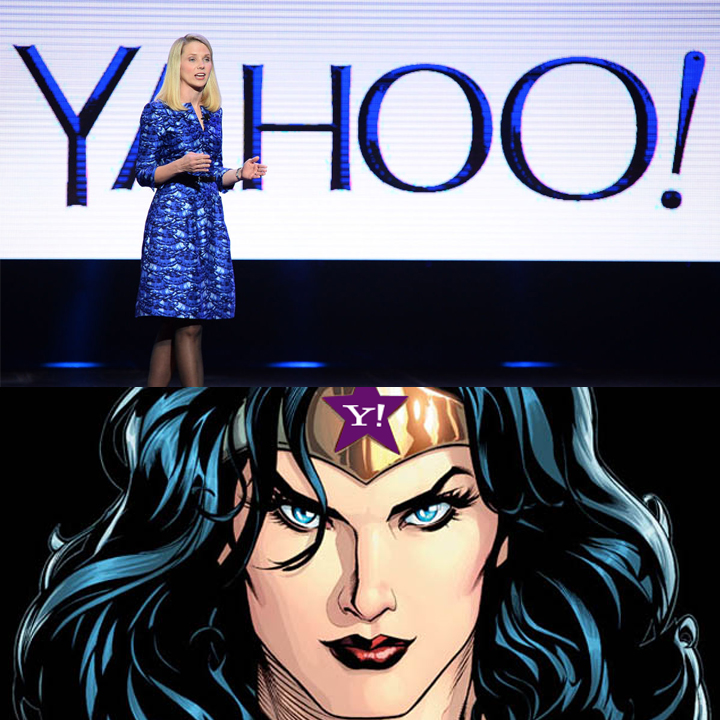 Elon Reeve Musk is a South Africa-born, Canadian-American engineer, entrepreneur and inventor. He is the CEO and CTO of Space X, CEO and Chief Product Architect of Tesla Motors and chairman of SolarCity and also the co founder of Paypal. With so many different business ventures, the Dark Knight of the tech world was a child prodigy. A self taught computer programmer who sold his first computer at age 12, Musk was named the Fortune Businessman Of the Year in 2013. Just like the Batman, Musk is also a prolific philanthropist and has agreed to donate $1 million toward the construction of a museum on the Wardenclyffe property. With a tumultuous personal life and an obsession with innovation, he is surely the best fit for the role of the Dark Knight. 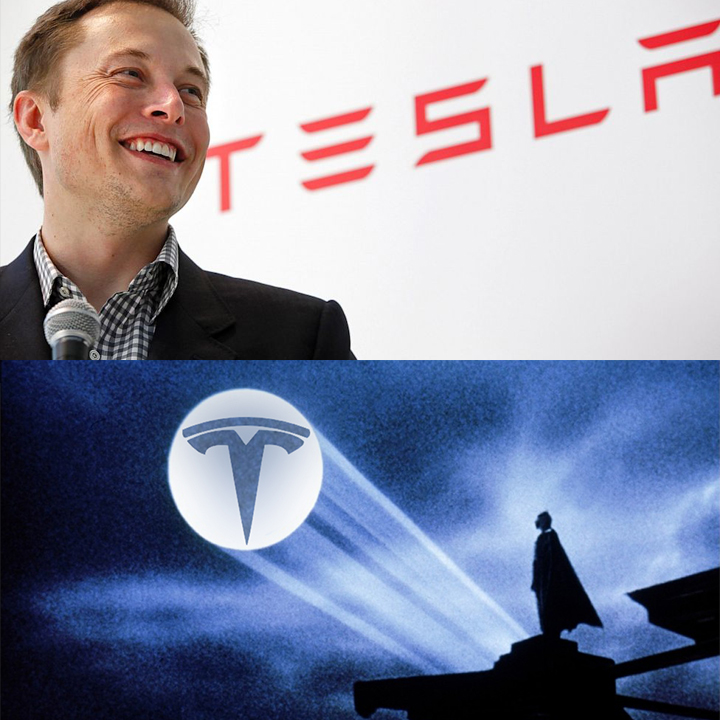 Satya Narayan Nadella is an Indian-American business executive and the current CEO of the IT giant Microsoft. Hailing from a humble background (he was born in a Telugu family in Hyderabad, India) just like his comic counterpart, Satya has contributed to Microsoft’s development for 22 years in various capacities and has led major projects including the company’s move to cloud computing and the development of one of the largest cloud infrastructures in the world. Satya Nadella has always been reserved and not very outgoing in media circles, a character trait testified by the fact that his appointment as Microsoft’s CEO shocked a majority of people in the tech world. Holding Microsoft’s various team together for decades with subsequent leadership positions in both consumer and enterprise businesses across the company, he’s to Microsoft what Captain America is to Avengers. A sturdy leader with a strong will and remarkable perseverance. The ‘Captain America’ has managed to steer Microsoft on the right path to avenge the ground it had lost to other tech giants. 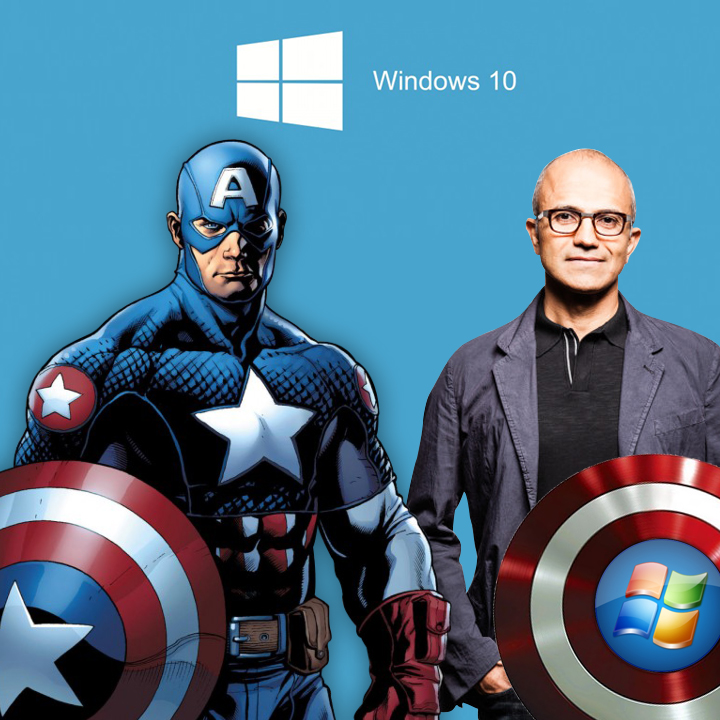 These were our Tech Superheroes. We believe you might have a different take on this subject. Please comment below and tell us who is your favorite tech Super-CEO?