A Good Web Design is all about a clear thinking web designer making their thoughts visual. Every web designer tries to be hip to the latest web design trend to stay true to their professional religion. Everywhere in the world, web designers strive to design more simple & easy to comprehend web interfaces.

Remember when Windows 8 was launched back in 2012? Metro UI was a rage & web designers were diligently Googling the latest color swatches that the concept deployed in its design.

Then came the “Flat Design” – this was September 18, 2013, with the advent of iOS 7. Web Designers took their designs to task and relentlessly flattened the web.

Soon another saturation point was reached. When the flat could not be flattened anymore, UI experts around the world were concerned losing the “intuitiveness” in their design disciplines. Flat Design stressed on colour usage that was bold & had shocking overtones.

Gloss, textures and light drop-shadows were often overdone & then came Google with its “Material Design”. Material Web design is all about layering along the z axis. This concept came gift-wrapped with Google’s Lollipop Android OS version. Web Designers are yet to deploy this design discipline, at a large scale, to their full blown web applications and websites.

Several web designers believe that design is a Karmic Cycle where users love to play with interfaces that are simplistic and then 3D-ish, turn by turn. However, another sect believes that the web would progress on a linear path:-

For those, who are not seeded with these terms, let’s delve into the mentioned web design trends a bit more, shall we?

What Is Skeuomorphic Web Design?

Skeuomorphism is all around us. It is in the fake designer pockets on our clothes, in the cigarette filters which are made to look like corks and also in the wooden textures as well as in the spoke patterns in your automobile wheels. Even if you don’t know what skeuomorphism is, chances are you deal with skeuomorphism hundreds of time during an average day. Skeuomorphism refers to making your design elements imitate real-life objects in look and texture. It is deliberately employed by designers because the realistic designs and patterns make people more comfortable and thus allow them to appreciate a design more.

In the mobile world, Apple’s iOS brought the concept of skeuomorphism to the forefront. With each iteration, iOS incorporated more and more of skeuomorphism until it ceased to be just a visual treat but transformed the design elements into real-life visual metaphors. For instance, the calculator app was made to look like a leather pocket calculator.

What Is A Flat Web Design?

If you love & follow Apple’s design – you wouldn’t be alien to who Jony Ive is.  Well to make it quick and precise – he ditched Skeuomorphism from iOS6 to adapt a “Flat Design” for iOS 7. With each iteration of iOS, Apple kept on refining their skeuomorphic design elements until they couldn’t do it anymore. And then proving the age-old adage “change is the only constant” true yet again, Apple ditched skeuomorphism for a new design language “Flat design” for iOS 7.

Flat Design is exactly what it sounds like. It is a minimalist UI design language that removes all the stylistic elements and instead uses ‘flat’ elements with minimal use of typography and gradients. The “flat design’ is in contrast with the skeuomorphic design. Gone are the complicated patterns, gradients and shadows, flat design enables the designers to employ the elements easily onto different platforms and devices.

Apple taking up the ‘flat design’ is more than just an application of a new coat of paint, instead, Apple’s flat design is all about providing more information in a simple yet beautiful and convenient package.

Have a look at this excellent webpage that compares both – Flat Web design & Realism/ Skeuomorphism.

So if you are a web designer who thinks we are going to loop back to Skeuomorphism from today’s Flat web Design, perhaps there are a few things that we are still left to paint on our carousel before we go back.

Some would say how? Its true that a minimalistic web design is all about designing less. With more emphasis on leaving spaces between each design element’s edge, it seems that the next aspect to focus on would be those spaces. Web designers would work diligently to get rid of them. UI heads at most reputed organizations would ask their designers to play it dirtier with typography weight, color tones & the size of abstract imagery.

b) Apps Would Draw More Inspiration From European Bathrooms

Back in the days, when Flash danced its way in to displace the monotony in design that clouded our web, it started being overused. Homepages became “Splash Pages”. Users were often confused yet awed by what the web designers were doing. This did not solve the purpose but did draw half a circle for the users that could be completed once they either “skipped” or “continued” to the next page. This will continue to inspire most applications & websites as the designers adapt them in principle.

c) Functionalities Will Become More Integrated Into The Web design

Wiz Khalifa caught it earlier than us web designers & rapped about going “Black & Yellow”. I believe these will be the two colour tones that web designers will try to match more often in their design palettes while doing their UI projects. 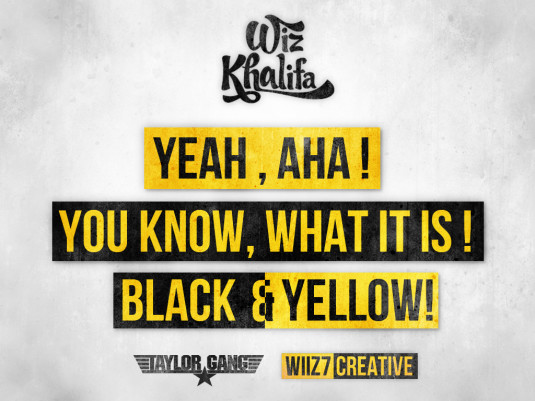 Predictions are endless and we could not possibly go “Nostradamus” on the future and the upcoming trends of web design.

Not all projects are alike? Not all clients have same requirements? However, if you are a web design professional who loves what you do – it’s only fair to cling onto the latest principles. Knowing about them and being educated with the latest concepts is the most important part of this profession.

There can never be any “strict” guidelines when it comes to web design. More so, the community of giants that will try to hold & thump on their own “relics” are bound to be defied & replaced by something more modern & awesomer. That’s how web design has progressed so far. If something more ‘practical’ replaces the way we design our beloved web now, it might become boring & zero-creative.

And again, above is only “one way” of looking at the future of web design trends & not an ounce more than that. We’d love to know your take on this. Let us know what you feel would happen to the present “flat” modern genre of web design. Your comments are welcome.