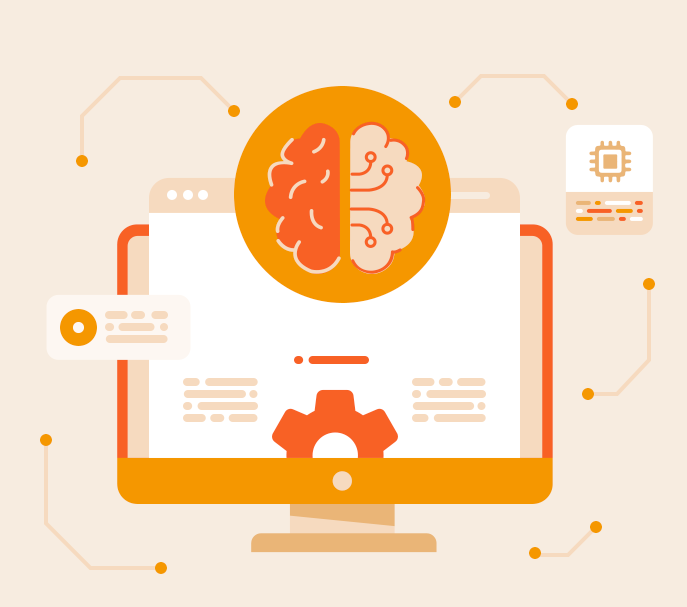 Imagine a future where a computer will let you win at chess to avoid the monotony that this man versus machine bout has turned into, or maybe because it has the ability to process your emotions and understands that you are frustrated by the back-to-back losses. Perhaps it is sly and wants the pleasure of beating you after getting your hopes high. Who knows, maybe that computer is a ‘sociopath’.

At this time, we are living in a world full of artificial narrow intelligence systems such as Apple’s Siri and Microsoft Cortana, whose primary goal is to make our daily tasks easier.

Things are a bit different in the world of fiction, where we have examples of both the good and the bad sides of AI.

When you consider our goals of building true AI systems, we might as well create one that can not only understand our words, but also comprehend the hidden emotions behind them.

We may also build a Skynet-esque unit and live the doomsday scenario that most critics of AI technology fear.

Honestly, we are pro-AI and would prefer to keep the fiction aside from now on. And in any case, we are nowhere near the true level of AI.

Our current technology is just a speck on the surface of this remarkable and intricate system.

Google: Our Assistant Will Trigger the Next Era of AI – https://t.co/OX6TG7LTMv

Our present level in AI technology is what is referred to as Machine Learning.

Machine Learning is a system where an algorithm can be written to train a machine to behave in a particular way, according to certain kinds of input. Training is an intrinsic step in developing a basic intelligent machine. These machines are built around neural networks, whose working is vaguely similar to how information is processed in the human brain.

Previously, we talked about the impact of AI in SEO and its future. This time, we’ll focus more on how exactly machine learning is involved in Google’s search algorithms, and how it improves the quality of search with Google’s RankBrain.

The Case for Machine Learning

Google has implemented Machine Learning in many ways such as- auto complete on Search and suggested videos on YouTube. With these examples, it is quite evident that with Machine Learning, both user searches and website discovery have improved over time. It is no longer about what a user searches, but has become more about how the search is done.

By analyzing humongous volumes of digital data, ML systems can learn useful tasks such as identifying photos, recognizing commands spoken into a smartphone, and obviously, responding to Internet search queries.

Also, tools like TensorFlow and IFTTT are examples of machine learning improving the functionalities of a system and the overall work efficiency.

“The Machine Learning model feels like a living, breathing thing,” says Christine Robson. “It is a different kind of engineering.”

This pretty much sums up why machine learning is considered to be a step up from other algorithms- as if a sentence-completing computer wasn’t enough; the device is also capable of understanding the context of what the user actually wants to know.

OK, so we can’t help it. We will always be concerned about how new technologies affect our SEO strategies. In our defense though, almost anything that one does online can be connected to search which requires proper SEO methods to be discovered.

In the last few years, Google has released a number of significant updates to their search algorithm such as Panda and Penguin.

Are they examples of machine learning?

Google Search has grown to become more and more user-centric and will soon be optimized, so much so that no two users will have the exact same results for any query.

Back in 2011, Peter Norvig, Google’s Director of Research, in an interview, spoke about how ML is implemented to teach Google Translate. Since then, machine learning has been embedded into various Google products (as well as products from other companies), and it was in October 2015 when Google confirmed RankBrain, an ANI system, capable of learning anything from raw data in order to automate knowledge discovery.

According to Bloomberg, RankBrain helps Google deal with about 15 percent of its daily queries; these are the queries that the system hasn’t seen in the past.

Machine Learning has a number of possible implementations on both Google Panda and Google Penguin as Eric Enge discusses here. And according to Gary Illyes, machine learning is typically implemented for generating new signals and signal aggregations for a particular webpage/website.

For example, a certain result for a search query may benefit from a specific mix of signals such as PageRank and internal links; with machine learning, the system can figure out what this composition must be. This results in a composite signal which helps in determining the position on the SERP for that result and search query.

Machine Learning also aids in the execution of voice search as it improves speech recognition, sentence and phrase formulation and relating them to a normal text-based query.

For anyone who has used voice search, it is quite clear that people don’t speak and type in the same way, and hence, it is important for the ML system to be able to draw proper references between the two queries.

The Other Side of the Coin

There’s only so much a computer can do. As we’ve mentioned in the beginning, we are just getting good at implementing machine learning, and mistakes (both small and big) are bound to happen.

Google’s now retired veteran, Amit Singhal resisted the adoption of machine learning for search engine because of concerns regarding the operation of neural networks and the difficulties in controlling their behavior.

According to experts, it is tough to map the working of a neural net despite its accuracy and efficient working. This limits the control engineers have on optimizing the functionalities of the system or making adjustments in case of errors in operation.

These errors in operation are caused by the real world limitations of machine learning. Machine learning operates with a limited set of variables, and even minuscule changes can greatly affect the precision of the results.

For example, while voice search and personal assistants are more sensitive towards the user’s voice and can be calibrated to respond to only a single user, it will take a gargantuan effort to program them to identify emotional patterns and expressions to further enhance search accuracy.

Machine learning algorithms are not inherently better than human-controlled ones – Gary Illyes at #Pubcon. More at https://t.co/en1OZsEM2U

Privacy is another major concern when we discuss machine learning.

There is no doubt that Google is collecting a lot of user data to teach its system about speech patterns, linguistics, references and more. While Google says that the data used for training is anonymous, the trained APIs can still read the information you are sharing with Google and make suggestions based on that.

Machine Learning has become quite commonplace and is offered by the major tech companies in different manifestations. And while Google uses the ML algorithms across several of its own products, it has also made various APIs available to many businesses and developers.

As for Search, Google has incorporated machine learning at varying levels and it is a significant part of the major ranking signals. They have stated that RankBrain is the third most important signal in search rankings and the implementation of ML has further enhanced the importance of rich, high quality content for webmasters.

With RankBrain, we have seen just that as websites focusing on content and user experience have gained significant ranking points over the last year.

And while we are nowhere close to true AI, with the growth of voice search and natural language, we are definitely heading in the right direction.

According to John Giannandrea, the new head of Google’s Search Engine, learning systems negate the need of writing algorithms for processing search queries and appropriate results. In his words, “Increasingly, we’re discovering that if we can learn things rather than writing code, we can scale these things much better.”