From Possum to Penguin: How Google’s Recent Updates Are Evolving SEO 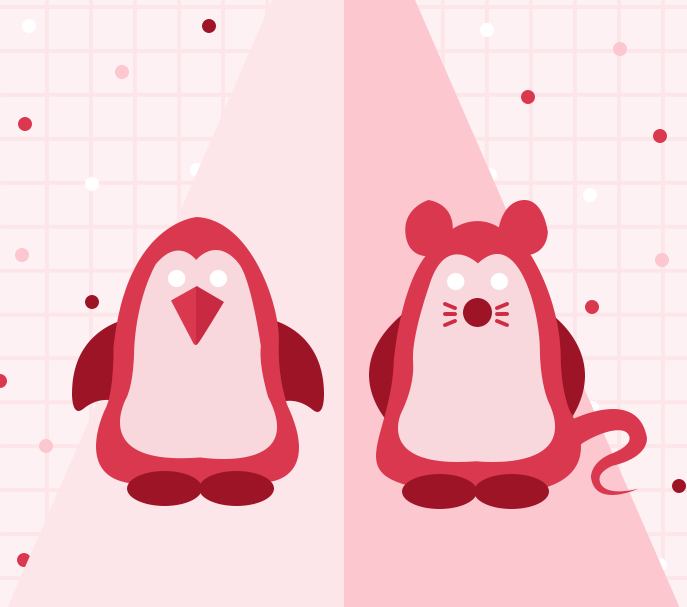 Honestly speaking, it is hardly a surprise when you consider the fact that most SEOs have been expecting Google to drop the hammer for the last two years. Get it now? We are talking about Penguin!

But hang on, there’s something weird going on here. The temperatures at Moz have been soaring since the beginning of September, but Penguin went live on 23rd of September. There was no update from Google about what happened at that time, like there was an update for Penguin. So what happened?

Experienced webmasters have been at a loss to understand why September had been such a turbulent period, with Google rolling out one update after another. The apparent update that happened in the first days of September has been termed as ‘Possum’. This, along with the recent update of Penguin, has given way to some theories that we would like to share with you.

Let us dive into the details of all the little (and really big) things that happened with search rankings over the previous month.

On September 1st, a number of webmasters noticed and reported some significant fluctuations in their Google rankings, especially the local rankings. Things were going haywire for SEOs with massive changes in rankings and business listings vanishing in thin air. After some initial confusion, Phil Rozek of Local Visibility Systems cleared the air with his insights.

As he points out, the update didn’t really remove the listings, but rather filtered them. In other words (his, to be precise), the listings are playing possum.

You see, it is not Google who’s using another cute animal for its update. And we thought Google had a thing for cute animals. In fact, the update was rolled out very quietly by Google and hence, we only have our observations to infer from about the update.

And, we have had some time to observe ‘Possum’. One major change that was observed was a considerable difference in the way local listing results and organic search results are processed.

How, you ask? Let’s dig deeper.

Our Observations, and Other Shenanigans

Before Possum, the local 3-pack rankings were heavily influenced by the organic search results. That is, if you are not in the organic SERP, or you aren’t ranking very well in those results, you’ll have a hard time making it to the local results.

From what has been observed until now, with the ‘Possum’ update, small businesses now have a better chance at being discovered locally in spite of ranking poorly in 3 pack search results. There is obviously some connection, but the two results are far more independent than they used to be.

Also, there is additional filtering on the basis of addresses provided by businesses in the listing. Two businesses with similar addresses won’t be listed for one search query and there are more filters of associations as well. This is mainly done to minimize duplicate and spam-like listings and improve the overall user experience.

Clearly another of Google’s attempt at personalizing search for users, the location of the searcher now has a far greater effect on the search results. And if it is as we’ve observed, the chances of ranking for multiple locations are lower for businesses. This makes it a good change for the user, but doesn’t have the same benefits for the business.

Businesses that fall out of city limits have seen massive fluctuations in ranking. Initially, it was a norm that businesses that fell outside a city would have a really hard time ranking for keywords that included that particular city’s name. However, after Possum rolled out, such businesses have seen some tremendous shifts in their ranking, mostly positive.

Case in point, one of our clients had a ranking boost of twenty-seven places to get in the top three of the local listings. That, ladies and gents, is a huge change in a relatively short timeframe.

But wait, there’s more. Businesses are now being filtered on the basis of their address and type. Two separate businesses sharing similar address and interest are now being filtered, which means for a particular keyword, one business is being displayed in Google search, while the other is not. This filtering comes into effect even if the two businesses are sharing a building with two separate addresses, or two separate businesses with different addresses being owned by a single person. Clearly, Google doesn’t play around.

Any slight variation in keywords can change the results drastically as well, although this presents a unique opportunity for businesses who are utilizing a wide variation of keywords.

In conclusion, the ‘Possum’ update has come with a lot of welcome changes for small businesses, who now have more chances at higher rankings. The results are far more personalized and location-specific, which is better for both the customers and businesses as it enhances the overall efficiency of the search process.

On September 23rd, Google had another surprise for webmasters all across the globe. Google announced that Google Penguin is now a part of their core algorithm, just like Panda. This update was being planned for a long time, 2 years to be exact. We, like a lot of other webmasters, were eagerly waiting and were awarded by some major changes in the new version.

For those of you who don’t know, Penguin is an algorithm update whose aim is to lower the search ranking of the websites that violate Webmaster Guidelines. Penguin was last updated on October 2014, with the latest one being termed as Penguin 4.0.

Penguin has been a bane for Spammers and black-hat SEOs. Penguin updates also sounded a death knell for paid links and link schemes.

And then, there are those who have been waiting for the update since Penguin 3.0 penalized their websites. You see, two years (707 days, precisely) is a really, really long time.

Some key takeaways from the latest Penguin update include:

The above mentioned point of Penguin devaluing bad links has been confirmed by Gary Illyes as well. 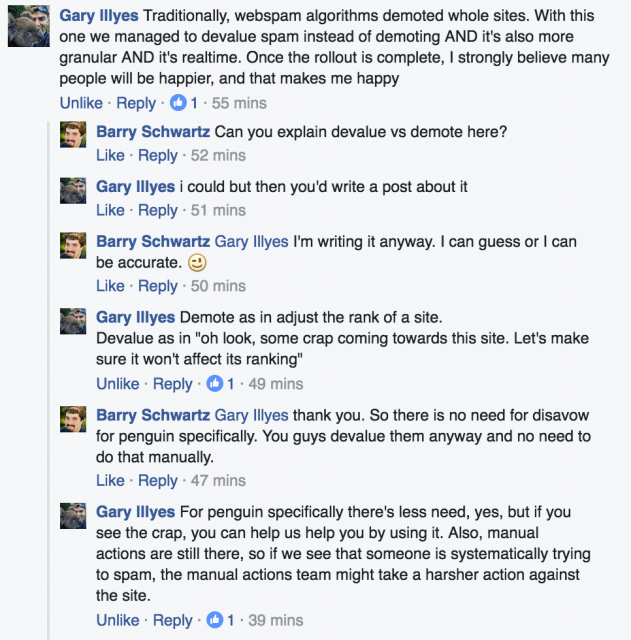 So, Penguin has followed suit with Google Panda and is now a part of the core algorithm. And both the changes are welcome. Penguin in real time allows webmasters the freedom to be more experimental with their sites and hence develop the websites far better. The mistakes can be corrected thanks to the Disavow tool and more risks can be taken and rectified with this change.

Penguin, being more granular as far as we understand, implies that the update will affect individual pages and sections instead of entire sites which, again, is a positive and safe step for webmasters looking to experiment with their sites.

Despite its launch on September 23, the complete ‘rollout’ and the effects are seemingly slow. While there are many webmasters who have noticed minute changes in their ranking, there are a significant share of website owners who haven’t seen a thing yet.

Why? With the filter being implemented in real-time, the ‘rampaging’ effects that Penguin had on websites will slow down and we’ll have more of these ‘slightly’ noticeable, but regular, changes in site rankings.

Another reason for this observation is that the Penguin update is still ‘rolling out’. As Google re-crawls entire websites and pages, the effects will take time to show up. They will come, slow and steady. And as long as you stay clear of black-hat SEO techniques, you don’t have anything to be worried about.

Raise Your Hand If You Sense a Connection

But we still find it difficult to believe that there’s isn’t any connection between the two updates. Rather, we think Possum came into being because Google was testing something for Penguin.

While Possum has been all about local rankings, there was a second update that came out which focused on organic rankings. In fact, this was most probably a quality update which targeted spammy local results. This might have been a ‘prototype’ of Penguin 4.0, or it could have been a spate update, linked with Possum. Which would imply that the two updates may have a relation between the filters that they work with.

Also, despite the reduced effects of local and organic rankings on each other, the two algorithms may be sharing the website data after all.

Are We Done Talking?! (Not Really)

With the Possum and Penguin updates, Google has taken another step at personalizing search results for users and easing the process of obtaining the services of a business. This is how much search and SEO has changed. Genuine players now have a better (and deserving) chance at ranks instead of the spammers. These updates now add additional signals and filters to those ‘two-hundred’ signals that Google uses to rank websites, which enhances the overall experience.

Of course, webmasters now have the opportunity to evolve along with the updates, and modify their strategies to get better results.

So, is it time to throw your SEO strategy out of the window? Certainly not, especially if you are doing fine and have not turned to black-hat tactics. In fact, if your rankings were going well, they will probably get better with these updates. However, if you’ve taken the ‘dark’ turn, you might want to look into making some changes, and clean up your site. Google doesn’t like spam and its users hate it even more.

These updates offer more freedom to webmasters, customization to users and overall rewards to business who play it right. Questionable listings and spam can be filtered out more easily and end-users can benefit from the variety of options that they are offered.

In general terms, it is a win-win situation for all.

As a side note, however, we have observed a lot of fluctuations (and inconsistencies) with the updates which indicates that the ‘Possum’ algorithm is not yet running at full speed. And as we had discussed before, the effects of Penguin will not be easily noticeable as of now, but we can assure you of their significance.

Did we miss out on anything? How is your business affected by the new changes? Share your thoughts with us in the comments below.