How Does CTR Affect Your SEO Rankings? 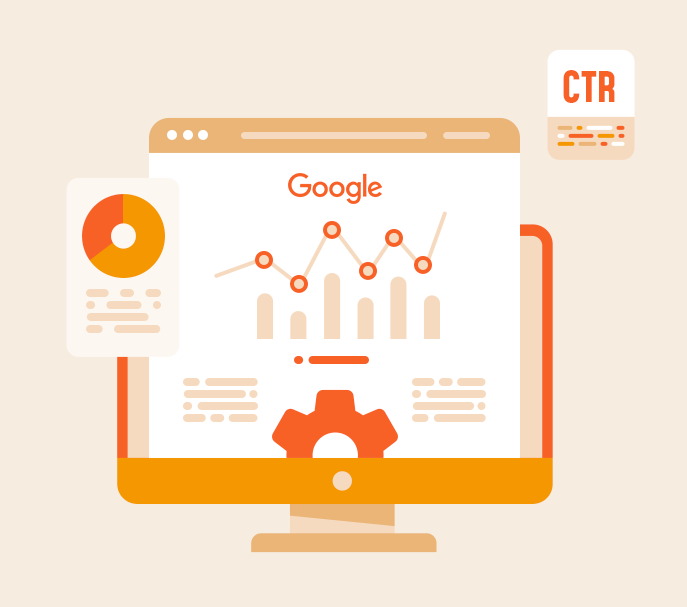 SEO, why art thou so complicated?

With over 200 different ranking signals used by Google for websites and webpages, the SEO scene has been a mess (?). The simplicity of just having to build a bulk of links is a thing of the past. There is a virtual brain that is the key in ranking webpages for crying out loud.

While Google has been transparent about its top three ranking signals – content, links and RankBrain, the remaining 197+ signals aren’t prioritized so clearly.

A significant part of guaranteeing SEO results is the percentage of hits that we can generate for a client’s website. This is the simplest of definitions for clickthrough rate (CTR) and something that makes it a valuable metric for all kinds of online marketing campaigns.

But what position does CTR hold in the order of Google’s ranking signals? Is it even a consideration for Google? Plus, how exactly does CTR affect search rankings? Let’s dive into the details of its influence on improving your business’ online presence.

Where does CTR come in the pecking order?

Organic CTR is an important factor which comes in handy to gauge the popularity and suitability of your website depending on the query of the user.

With that in mind, these figures from DEJAN Marketing reflect upon just how significant the position of your search snippet is in generating more clicks. 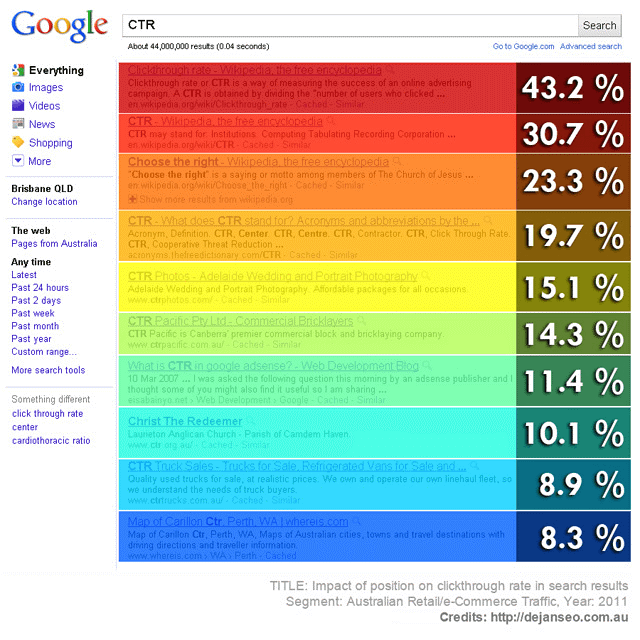 A well-formed SERP snippet is expected to achieve a higher CTR and reflects nicely about the website’s quality. Also, many studies have indicated that the first five search listings have a far greater chance of being clicked than the bottom five. In fact, two out of five people will click on the first result, compared to 1 in 6 for the fifth placed result and only 1 in 12 for the last result.

Having carried out regular CTR focused analysis for our clients, we have obtained similar numbers for average traffic distribution across Google search pages.

These evaluations clearly demonstrate a simple relation between search positions and CTR, that is, a better position will induce more clicks in search results.

The question that we are dealing here with is whether the converse is true? Will a high CTR result in a better position in SERP?

Google Search has slowly developed into an algorithm smart enough to understand the user’s intent and then providing them with more suitable results. For a program based on examining engagement and relevance, Larry Kim of WordStream believes that CTR is an excellent indicator for ranking webpages.

In his experiment, Kim compared a set of 1000 (short and long tail) keywords from his own website. The experiment was undertaken following the roll-out of RankBrain and hence, demonstrates a far more pronounced influence for long-tail keywords.

The test further strengthens the idea of ‘more CTR for a higher position’. It also suggests that the converse is true after all. He explains this ‘chicken and egg’ situation with the term ‘Relative Organic CTR’, which is the difference between the observed and expected CTR for a particular position. According to him, a higher positive value for this percentage will result in a better search position.

You can read more about this experiment in detail here. 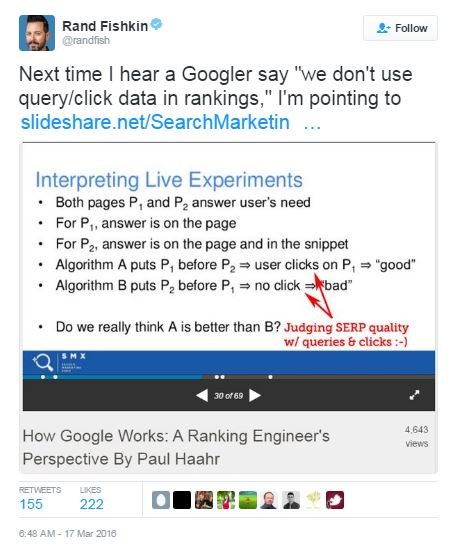 In an attempt to test out the effects of CTR on Google search rankings, Rand Fishkin, the founder of Moz, asked people to execute a particular search query and follow up with a hit on his blog post. As a result of that, the post quickly climbed to the top of the rankings from seventh position. This result is a vote in favor of CTR’s influence on search rankings, except for one tiny detail – the change was only temporary. Time and again, we’ve observed temporary changes in search results based on ‘what’s trending’ and this experiment concludes exactly that about CTR’s effects on fresh content.

The counter by SearchEngineLand

Not all prominent figures in the SEO community hold the same opinion, or results for that matter.

SearchEngineLand prepared their own experiment to check if CTR is indeed a direct ranking signal. With ‘negative seo’ as the search term and clicks generated with the help of proxy servers and bots, the fake organic traffic was accepted and properly registered by Google.

However, while the target page did receive a CTR of over 75%, the rankings did not budge.

Unlike the other two experiments, SearchEngineLand’s results conclude that click through rate has no real impact on search rankings.

One point to keep in mind is that there is a massive difference between genuine (human) interaction with web-pages and what is achieved by bots and proxy servers, which certainly had some influence of the results.

What about our Experiment?

As leading SEO strategists and digital marketing company, we are more than eager to get our hands dirty with new research.

We targeted a particular set of our website’s long-tail keywords that hold positions in the top five of SERPs. We did a fresh update for those pages using schema markup and improved on the search snippets and metas.

The increase in traffic came from both organic and generic sources and we monitored the changes in click-through rates over a period of four months. In this time, the CTR increased almost uniformly along with some surges in between.

The steady increase in CTR did see a minor shift in rankings here and there but there were no real changes in the average rankings. In fact, the more significant shifts were caused mainly by a sudden rise in traffic which, clearly, was a result of ‘what’s trending’.

Optimizing the website with structured data/schema and well-formatted search snippets for all pages did achieve the higher CTR we were after but the rankings maintained their average positions.

The takeaway and wrapping things up

These experiments are indicative of the fact that Google does not consider CTR as a direct ranking signal. And when you consider how easy it can be to manipulate the click-through rate for a search result (as evident from the above experiments), the reason becomes clear.

This takes nothing away from the fact that CTR is and will continue to be a useful metric for SEOs. As our SEO expertise takes the business of our clients to the top search positions, a high CTR on our client’s website means more engagement from customers and (eventually) conversions.