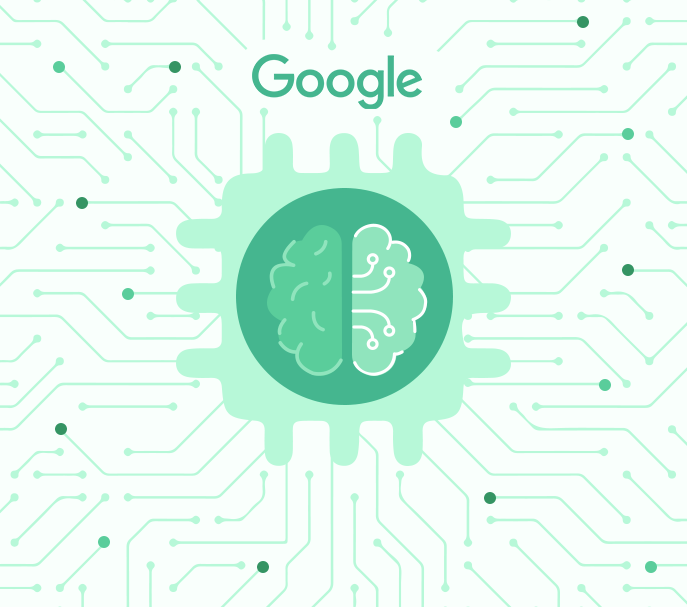 Google has finally arrived with a machine-learning artificial intelligence to process a “very large fraction” of search results every day, and has named it RankBrain. Machine learning is where a computer itself learns everything, thus averting the human element and meticulous programming. It’s an innovative step to move over the manually formulated Google search algorithms.

RankBrain is not an entirely new search algorithm. It is in fact a part of hummingbird (google search algorithm). Precisely speaking, it is one of the “hundreds” of signals that go into that algorithm, to interpret various queries and translate them to produce the best possible results for the searchers. As of now, the methods that Google use to process the queries involve the human element in the form of creating stemming lists or synonym lists. There is surely an element of automation, but the bulk part is handled by humans.

Google processes three billion searches per day. Among those searches, there are multi-word queries or the “long-tail” queries. Long-tail queries are lengthier and specific in nature and are used when the searcher is looking for a precise information, like finding a needle in a haystack. RankBrain is designed to effectively interpret those queries.

According to Google, RankBrain can form patterns between fragmentary complex searches to establish certain similarities between them. By doing this, RankBrain prepares a ground to get better equipped for the future complex searches, forming similar patterns. It then clubs these groups of searches to come up with results that are best suited to the searchers.

All learning that RankBrain does is offline. It works with various sets of historical searches and establishes predictions through them. These predictions are tested meticulously and if found to produce apt results, the latest version of RankBrain goes live. This cycle keeps on repeating.

Google sees RankBrain as the third-most important ranking signal. These Signals are the precursors for the quality of content, the links pointing at a page, the reliability of the server used and so on. Going by that, RankBrain surely has a component through which it is directly affecting the SERPs.

What exactly is that component? RankBrain might be making the case for Google easier by classifying the pages based on the content in a better way or by summarizing the pages more prudently than Google’s existing systems. Needless to say, these are mere assumptions.

Is RankBrain a worrying sign for the digital marketing world?

As of today, Google is more or less dependent on the manual updates to fight the redundancy of content and avoid fraudulence in its search results. In fact, there is a multitude of human quality assurance workers, working to produce optimized results. As of now, RankBrain is only handling 15% searches.

This implies that manual processes could be involved in the initial phase.

Having said that, with the advent of RankBrain, the search engine giant is surely delving into the machine learning possibilities. In future, taking the human element completely out of the equation will have far-reaching consequences for digital marketers everywhere.

A search algorithm that learns and updates itself automatically will surely augment the anxieties of the digital marketing world by taking away the comfort of an early alertness that manual updates provided.

For instance, just imagine if Google’s “Mobilegeddon” update, which created waves of panic among the digital marketers everywhere through its smartphone-friendly standards, had happened without a prior intimation by the search engine.

What impact will it have on SEO efforts?

This particular Google’s move toward machine shouldn’t reshape the SEO strategy much. The importance of high-quality, relevant content along with the technical SEO requirements like an SEO-friendly title, site-loading speed and the mobile-friendliness will never become redundant. Having said that, an enriched content still remains on top of the ladder. It still is a vital ranking signal.

To supplement the above conclusion, a study that featured on MarketingProfs, highlighted comprehensive content and user experience as major ranking factors in 2015.

In a way, RankBrain is a blessing in disguise for the people behind SEO as it leaves them with no option except to go for an impeccable content and user experience that speak for itself. This is also something that Google always wanted. Also, since RankBrain is an AI driven algorithm, it will follow a certain pattern. So, to get in tune with the trends, vigilance will be required.